The Ultimate Guide on How to Make, Serve and Taste Your Own Grappa Originated in Italy, Grappa is a grape-based pomace brandy enjoyed after a meal as a digestivo (also called “ammazzacaffé” meaning “coffee killer”) or sometimes even in coffee (but not in the morning!).

This article will guide you through the process of homemade grappa and show you how Italians best taste it!

1. The Origins of Grappa

According to some alchemists’ papers dating back to the 12th century AD, the first distillation methods developed between the 8th and 6th century BC in Mesopotamia.

However, legend has it that it was a Roman legionnaire who started producing this spirit after a campaign in Egypt over 2’100 years ago. In fact, the term grappa comes from Latin, specifically from the term grappapolis, which means “bunch of grapes”.

Initially, in the 15th century, grappa was meant for the lower classes of the population. It was produced from fruit skins, seeds and grape stalks and its taste was strong and pungent, very different from the one we know nowadays.

Then, in 1779, the first Italian distillery was built in Bassano del Grappa, in the province of Vicenza, Veneto. It was named Distilleria Nardini after its owner and exists still nowadays.

During World War I, grappa was a soldier’s friend in their darkest hours, but later on its taste and purpose changed.

Under a flourishing economic period, Italians learned to appreciate it, savoring its taste and therefore worked on the process of distillation to obtain a taste that would get better and better. It was in 1951 that this spirit was awarded denomination and officially took the name grappa.

Today there are many varieties of grappa from many regions, each different from one another. The officially recognized regional versions of grappa are the following:

To satisfy their own taste, some people even make grappa at home: more and more Italians are now engaged in the production of homemade alcohol.

2. How to Make Grappa at Home: All The Steps

To make grappa at home you need pomace (in Italian “vinacce”), that is to say the residue made of skins, pulp, seeds, and stems of red wine grapes left in the wine press after the juice is squeezed out.

The fermentation process is essential for grappa as it’s in this phase that sugars are turned into alcohol, therefore they become suitable for distillation. Well then, let’s get right to the point and see how you can make your own grappa at home.

To make grappa at home you need a distiller (nowadays it is possible to find one at a low price even online).

Distillation is the fundamental process in the production of grappa, which consists in separating several substances contained in the same mixture.

Ingredients to make grappa at Home Now, there you have your own grappa, ready to be bottled. Better quality grappas can be obtained through a refining process, or through a second distillation, if not even a third.

How to Make Negroni: Original Recipe and Cocktail Variations

If grappa is bottled immediately after the process, we then call it white grappa.

Nonetheless, if it’s aged in wooden barrels then we get a dark, yellow or brown colored grappa, known as aged grappa or “riserva”.

Once you have your own grappa you can make delicious variations called “grappe aromatizzate”. The most common are those with blueberries, almonds, honey or licorice aromas, but there are many others. In most cases, depending on the variation, you just have to put the desired fruit or spice to macerate in the grappa bottle..and that’s it!

3. How to Best Store Grappa

The best way to store grappa before serving it to your guests is to keep it in a cool and dry place for at least one month.

When you bring it to the dinner table, let it be neither too cold nor warm: its temperature should be between 12°-15°C. Instead, if it comes to an aged grappa, serve it  between 17-20°C.

Depending on the type of grappa you’re serving, you have to pick the right glass.

You mostly have two choices: A large glass allows a large contact surface between the distillate and the air, so as to allow you to perceive an abundant range of perfumes.

Some long-aged grappas can be served in balloon glasses without problems, but the concentration of aroma produced by this glass strongly limits its use to very strong spirits.

About the Glass Material

Undoubtedly grappa must be served in fine crystal glasses with a rather long stem. Light modeling, discreet engravings and small decorations are allowed only on this part of the glass. The most simple and plain, the better.

Grappa is a digestive so take your time to enjoy it: choose quality over quantity and try to enjoy every aspect of it.

Keep the glass 10 or 15 cm from your nose and smell it. Don’t inhale its perfume all at once, otherwise you’ll only have your nose anesthetized.

Try to catch all the aromas: concentrate on the range of aromas coming out of this delicate digestive. Take small sips, having the liquid touching every inch of your mouth and swallow, trying to feel all the perfumes you smelled with your nose before.

My HACK to understand if a grappa is well made

Rub a small amount of grappa on the back of your hand and sniff it. If the aroma is good it means that the grappa taste is good as well. How can you tell? Because if the grappa wasn’t good, you would feel the impurities contained in the vapor when inhaling. 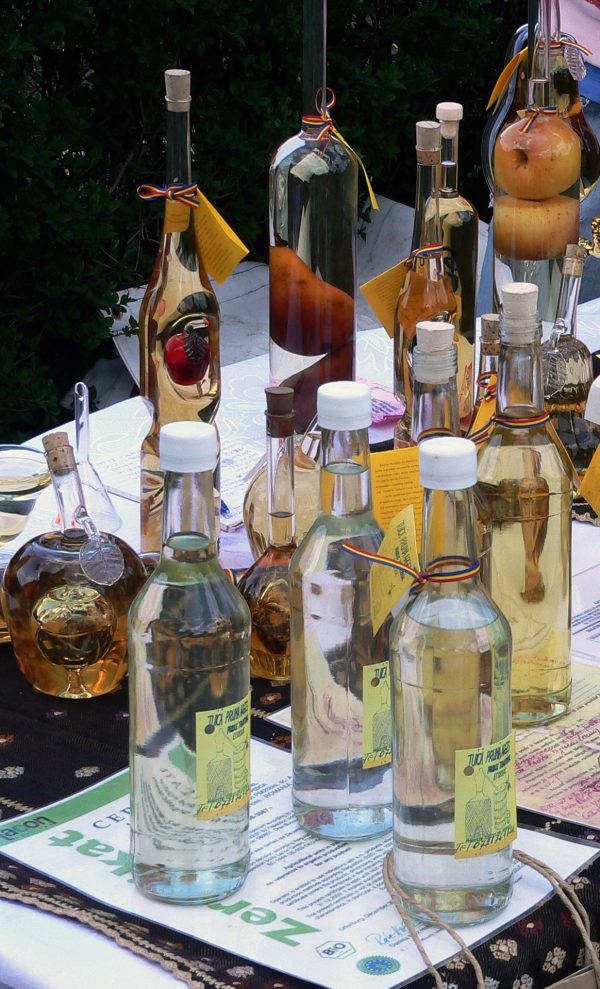 6. What mixes well with grappa?

Is Grappa Used in Cocktails?

Cocktails with grappa are rare. The strong aroma of grappa makes it hard to pair it up with other alcoholic drinks.

However, there are some brave bartenders who managed to create their own version of classic cocktails tweaking them with grappa, such as Negroni, others have made up a brand new cocktail.

Similar to Sgroppino is Sgrappino, a peach sorbet where grappa and Prosecco are added.

Just remember that in Italy you cannot buy or be served alcoholic drinks if you’re under 18.

Do Italians Drink Coffee With Grappa?

Yes, they do! Not everyone of course, but some people really love to have a caffé corretto (espresso with grappa),  especially after a full meal (not for breakfast!).

Curious to know a variety of Italians’ habits? Some like to have grappa before espresso, others love to have it after their coffee, and some even use grappa to clean the coffee cup after drinking espresso! It’s not a rule that everyone should enjoy their grappa at the end of a meal.

In fact, it can be enoyed together with food. Depending on the type of grappa, we can create different combinations:

There may be tons of pairings. It all depends on how adventurous you are!

Aperol Spritz: The Perfect Cocktail For An Italian Aperitivo